I was cruising curvy Barbies (because yay! real women!) on Amazon, and of course I go for the redheaded one, even though she's not actually as much of a redhead in real life as she was online. More of a strawberry blond. Not even a true ginger. (Commit Mattel.)  But! She's got a butt! I've got a butt! AWESOME! She's super pretty, too. Just beautiful if she were a real girl. Now I kind of see why some people get obsessed with dolls and then do too much plastic surgery. (Not really.)

So despite the disappointing lack of redness I'm glad I bought her. Then Mattel made it up to me because as an afterthought I searched for other redheaded Barbies and I found...

She's got punk red streaked hair! And glasses! And jeans! And AND an army green jacket over her nerdy grey t-shirt!

I have never seen my style epitomized in a doll before. She is lacking a booty and her hair is long and straight instead of short and curly. But you know, it's pretty damn close. The essence is there. I bet she watches anime and Doctor Who, too.

My two as yet unnamed redheaded sisters. Although I'm thinking Cat for the hot curvy one. Cat's a feminist. Obviously. 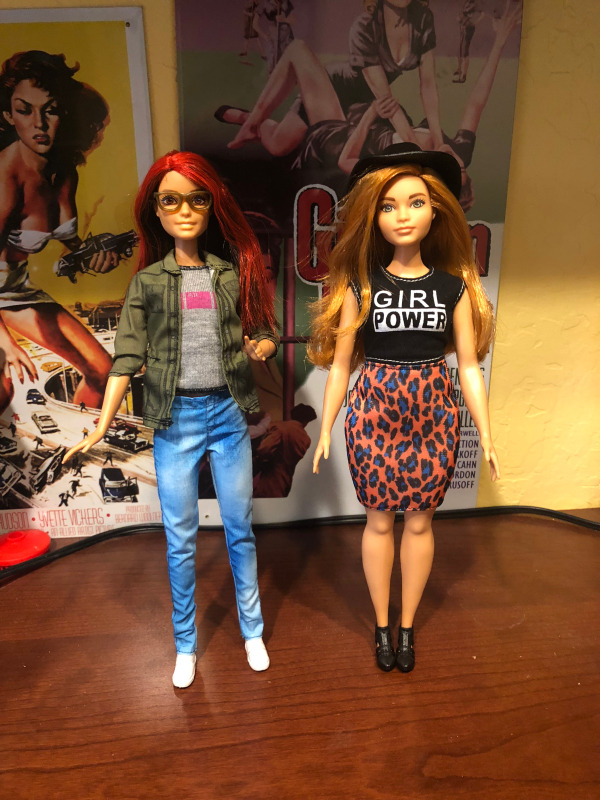 My nerdy girl is going to need more time for her name. If you got ideas shout 'em out in the comments. I need some inspiration. Here she is spending too much time on the Internet again. Twinsies! 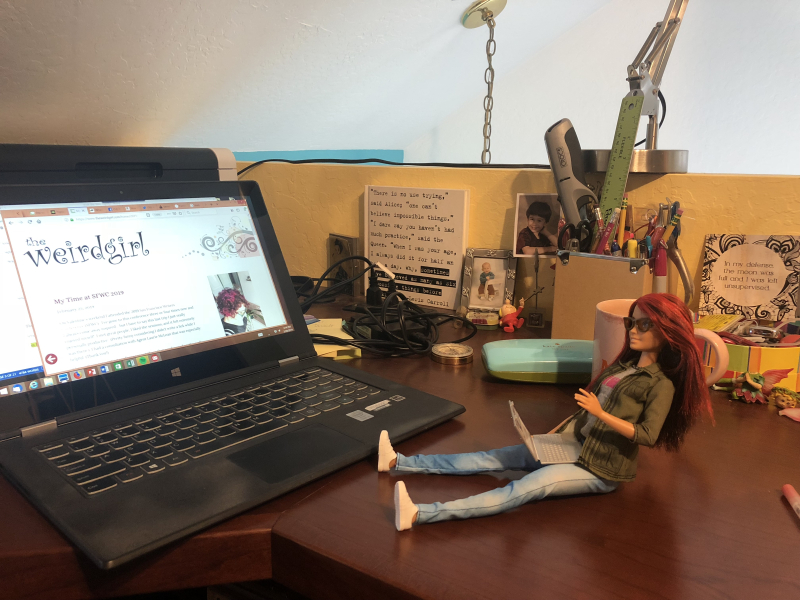 My husband smiles every time he sees her, my punk nerd Barbie. Lucky me.  ♥ 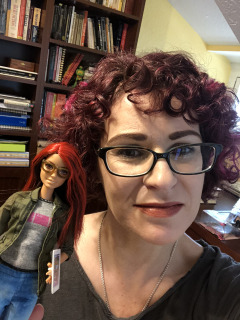 I need these in my life! Have you named nerdy barbie yet?

You should just name her Mary!

I think we called you Ralph back when you were sporting that style. They need to put those clothes on the curvy body with that red hair, then it's totally you.

Hi Rose - Thanks for visiting! No, I haven't found a name yet. I'm waiting for just the right one!

Isabel & Jeanne - I just can't bring myself to name her after me. I'm not really a mini me kind of gal. ;P

The comments to this entry are closed.