On pies and turkeys and other crap on my phone

I know I'm supposed to working on the whole 30 days of truth thing (and I'm gonna get back to that - quit nagging!) but Keen, somewhere, stumbled on the idea of making pies in a mason jar.  Like you can make a mini single or double serving of pie in a canning jar, freeze it, and pull it out any time to bake it - in the jar - for pie!  Any time pie!  I've We've been kind of obsessed.  We thought it'd be cool to put them in the holiday gift baskets.  Of course, this takes lots of test runs.  (Oh damn!)  I've been big on apple. And because it's me, marshmallows must also work into the recipe equation.  Trust me, it works. 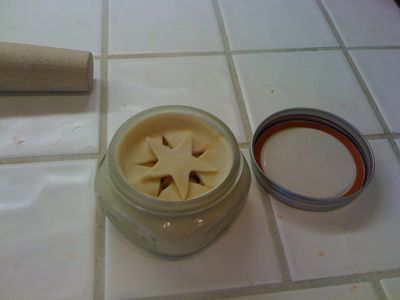 However, it's one thing when you make pies in pint jars, those goes rather quickly.  It's another when you're trying to squish your fingers and delicate pie dough into a small 8oz container. It's going a little slower.  And in chunks.  Remember when I was bitching about discussing never having more time than 2 hour increments?  My house is never the most pristine, you understand (except for when the cleaners come because they are awesome and I fool around with pie), but right now my kitchen is a disaster.

This is the clean side.  (BTW, toasting each apple slice has been crucial to the pie-making process.  And don't forget a light spraying of albuterol.  Just kidding.  I was hungry. The albuterol being left out just means I'm a slob.) 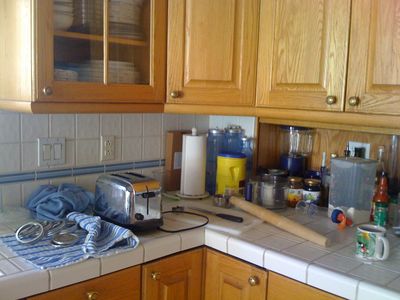 I didn't want to show the other counters. Or the sink.  It isn't pretty.  I'm hoping to have the project done today with a good 8-10 pie jars. I'm also going to be walking around the house saying, "Shut your pie jar!" and thinking I'm extraordinarily funny.  Alas, I know better.

While I was snapping shots on my phone I found a couple more random shots of crap I thought was amusing.  Then forgot about. Going through my phone is always strange. 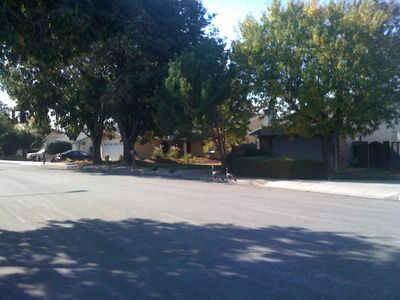 This was at my parents' house.  I grew up with an apricot orchard behind my house and a quick stroll to get to the wild hills behind them.  But it took turning those trees into over-priced under-yard homes (with, I swear, bathroom windows that are two feet from their neighbors) for turkeys and other wildlife to start roaming brazenly in the streets.  I hear there's a rumble going down after dark between the coyotes and the 'coons.

Then there is the ever popular red wagon full of graves! Cheerful yet disturbing.  And here is the rock my child insists on climbing every time we go to this one zoo park.  Even though he totally fell off it the first time. From the top!  Amazingly he wasn't hurt and I didn't have a heart attack even though it is exceedingly tall and hard.  I don't know what the park planners were thinking. Maybe the rocks were for the gazelles. 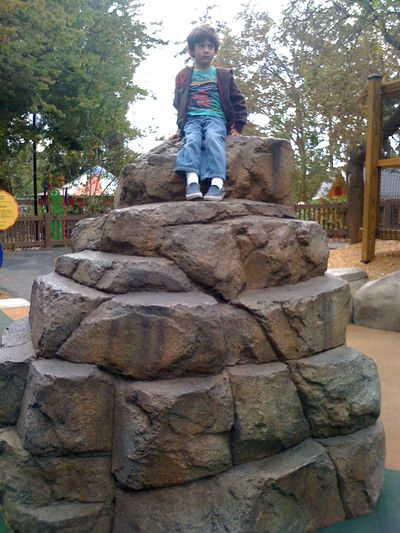 It's lonely at the top.