I’m at the end. Chance went back to school today and we’re both ready. In fact, he’s been acting up this last week in celebration.

I’m sure there are many, many blog posts out there celebrating/lamenting the beginning of school. The plan yesterday – originally - was to go to the local kids’ hands-on museum. You know, give him something fun as a distraction. But I had to nix that one. He was so wound up in anticipation of school he pulled a big old tantrum in front of the neighbors. And you know what? I totally pulled the “that was embarrassing” card.

It didn’t embarrass me. The neighbors are parents, too. Their kids throw tantrums. But Chance can understand the concept of embarrassment now, and I am totally using it! Yes! Guilt is in the arsenal!

And he actually didn’t put up too much of a fuss when I canceled the museum. See? He got that a screaming kid in public would be embarrassing. SO USEFUL! But I still needed to distract him so after introducing him to The Clone Wars (yeah, I went there) and then digging through the recycling bin in desperation I came up with… 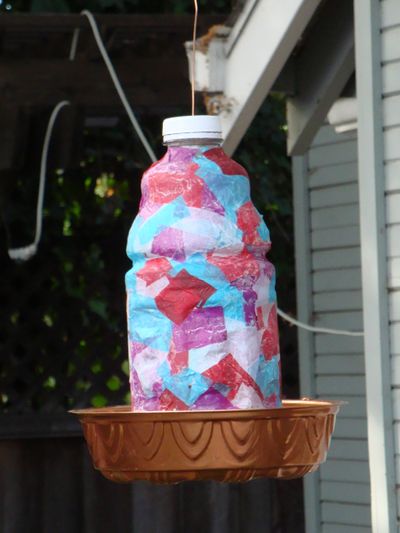 Because who wouldn’t papier mache a juice bottle into something atrocious?

Instead of reducing, reusing, and recycling, we just uglied up a landfill even more. Your welcome, landfill.

By the way, while I was off being “creative” and blowing off the Internet this summer I missed my four year blogging anniversary.

Recently, every time Chance has a playdate over there has been a major meltdown when it’s time for his friend to go home. I mean, there have always been some tears (what can I say? he’s a social kid) but nothing like the water works leaking lately. I figured it was because he was out of school for summer and missing it. Who knew the murky and convoluted depths of the four-year-old mind.

“Hey Chance, it’s time for Atticus to go home. Give him a hug and say goodbye.”
“What?! Noooooo!” Sobs ensue. “But I want to kee-eeep him!”
“Sorry, kiddo. It’s time for him to go.”
“Mom, I want to keep my friend!”
“Honey, he’ll still be your friend, and you’ll have another playdate soon.”
“But mom, I don’t want him to go. I want to keep him!” Crocodile tears wash the floorboards.
Ding! (that’s my lightbulb)
“Wait… you mean you want him to stay here? All the time? And sleep and eat here?”
“Yee-esss!”
“Honey, no. We don’t keep our friends as pets.”  Hmmm, I’d love to keep Johnny Depp, though.
“But why?”
“Because our friends are not pets. They’re people.”  I could make him a nice place in my closet. Have all his outfits for him.
“But I want to keep my friend!”
“Chance, how would you feel if you went to a friend’s house and they wanted to keep you?”  Harrison Ford, too. He’s getting up in years, but he’d be great for laps.
“Yeah, but…”
“And you could never come back to your own toys, or room, or bed? Would you like that?”  Harry and Johnny would be so spoiled they’d be happy.
“No.” sniffles
“Well, that’s why we don’t keep friends as pets.”  Ooh, another one? Josh Gates from Destination Truth.
“If someone tried to keep me I’d spank them!!”
“Uh, okay.”  Mmm, spanking.
“Mom?”
“Yeah, Chance?”
“Can we go get a real pet, then? Or a baby brother?”

Sure. Next time I go to Costco.

Who would you keep?
- the weirdgirl

Posted by the weirdgirl at 09:57 AM in Parenthood - the other white meat, Weblogs | Permalink | Comments (7)

This is the coastal town...

Grey, silent days can be fun, too. 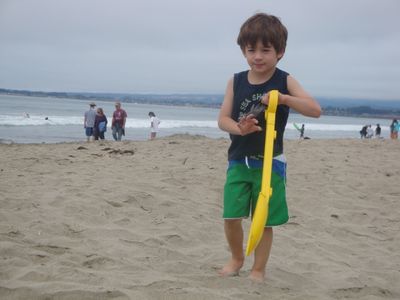 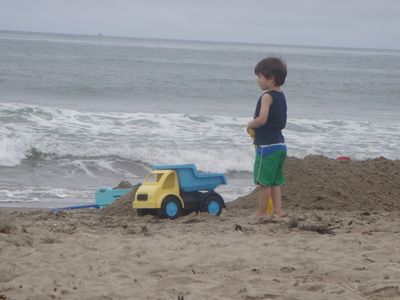 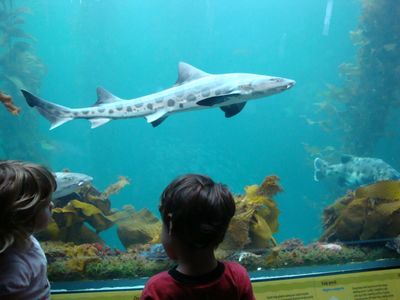 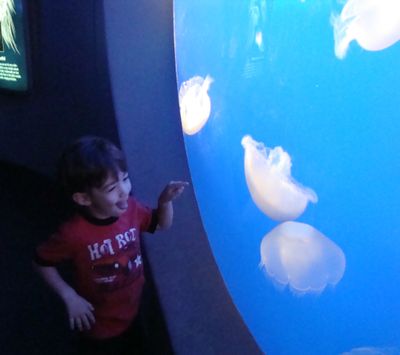 Running at the mouth

My uncle fell while hiking and was seriously hurt.  He fell about 15 feet, was knocked unconscious and landed in water.  He actually broke his neck, but there was no paralysis or loss of motor control.  Luckily, he was with another hiker who got help, so it could have been a lot worse.  At the same time there were a number of other family members traveling so we played a worried, mad scramble of phone/internet tag to contact everyone; decide if anyone needed to fly home, who was staying where, etc.  Though it will be, I'm sure, a long recovery, my uncle is doing is much better now and has been taken out of the ICU.

My good buddy and boss' wife also went into early labor this week.  They have a new baby boy!  Congratulations!

All my family members who were AWOL made it to our house for dinner Thursday, which was really pleasant after such a harrowing start to the week.  Then yesterday we hosted Keen's family reunion/cribbage tournament, which we'd been prepping for for some time.  A few other things happened this week, too, and I was supposed to see some of my girlfriends today but we all canceled in mutual exhaustion.

It seems like a lot, and yet, this is life.

One of the things I figured out this week is that if life is going on, I'm living that life.  I.e. I'm not the type to post while life is happening.  I'm usually busy dealing with what is happening.  I'm not going to be twittering updates in medias res.  I may throw out the occasional vent, and I definitely monitored Facebook while everything was going on this week because everyone was updating to Facebook (we're a multi-state family), but that's about it.  I essentially went partially dark.  I don't think there's anything wrong with the folks who can manage to keep updating in the middle of life - in fact, I even appreciate some of those people's efforts quite a bit (I like being informed after all) - but I realized that I'm not one of them.  I am a couple times of week blogger.  Unless, shit gets crazy, then I'm only good for one time.  And that one time will be after I've chewed on things for a bit (or I'm struck by a ridiculous and inappropriate inspiration).

I feel positively old school.  Or is that just old-fashioned?

I was quite irritated with the problems Facebook was having this week, but by the time Twitter went down, too, I couldn't care less.  (Actually, most of the time Twitter goes down I don't care.  Unless it happened during Chag's Twitter Show, then I'd be kind of pissed.)

Anyway, we are leaving for a much needed rest at the beach for a few days. BUT I will have my laptop with me because I still need to work and I need to load pictures of my child frolickin in the sand somewhere.

So... I'm not sure but I may have just negated everything I said about being online while life is happening.  I never can keep track of whether I'm making a point or not.

Conversation of the Week

Me:  "Chance, did you drink the water when you had your bath?"
Chance: "Yeah..."
Me:  "OK, honey, you CAN'T drink the bathwater.  It has soap in it and it'll make you sick, just like you're feeling now.  OK?  So no more drinking the bathwater."
Chance:  "OK."
Keen appears in the doorway of the bathroom.
Chance:  "Hey Dad!  I drank the bathwater and it gave me diarrhea!  That's wet poops!   I like the wet poops better because they're easier to poop!  When you poop wet poops it's like pooping water!!"

Aaaaand it looks like I'll be monitoring bathtime a little more closely.

Give him some love

Today is Keen Dad's, my dear hubby's, birthday.  I couldn't have found a better way to express how I feel about him.  (Don't worry, he'll get some good gifts, too.  I wouldn't gyp with just a song.)

Happy Birthday, babe!  I love you.

Guess how old he is?