Being a Girl Is Just Safer

I have to preface this post with a detour down memory lane.  Bear with me.

I have three brothers.  It should be no surprise that, growing up the only girl, I was (and am) well aware that boys are enamored of their penises.  Boys are pretty pleased about their bodies in general (being such a bastion of entertainment value), but boy oh boy, their penises are really the bomb.  It’s practically scripture.

And lo, from the Heavens came the body, and the body had manifold usefulness, such as the lougee and the fart, and the armpits that can also fart, and gifted in infinite wisdom unto the body was the mighty penis, that wiggles amusingly and fruitfully pisses names into snow, and the Heavens looked down on the body and saw that it was good.  And the Heavens farted, and laughed.

Boys love their penises so much that sometimes it gets them in trouble.  (And I say boys, not men, because this is a post about boys.  Men have a whole other kettle of fish to, um, fry when it comes to loving their members.)  Take, for example, the time that I was getting one of my younger brothers ready for bed.  He decided it would be so funny to thrust his wiener at me and make a lovely pissing sound as if he was… yuk yuk yuk… actually peeing on me.  The only problem was that I was in the middle of zipping up his one-piece pajamas when he put his wang in the path of danger.

Yes… he got zipped.

(Don’t ask me why he wasn’t wearing underwear.  If you have hippie parents and ask an eight-year-old to dress other children for bed, underwear may or may not show up.)

Then there was another time when one of my brothers was at that potty-trained yet still highly distractible age when he went to lift the toilet seat to go to the bathroom.  Just... he didn’t lift it quite high enough, and then he let it go a little too soon, AND his head was turned so he didn’t notice the seat coming back down on his little ding dong that was in the perfect position to get smacked.

It happened way too fast for me to prevent anything, I swear.

Then there is also that stage that a lot of boys go through where they just decide to stop wearing underwear altogether.  My theory is this is all about giving the schlong its freedom.  It lives such a confined existence and it deserves some swinging in the breeze.  However, sometimes in real life your pants really can just rip off.  I’ve seen it happen.  (In front of a grocery store, no less.)

Anyway, I thought all this trouble with penii was universal among males, but maybe it’s a family thing.

Chance is what I consider half potty trained.  He’ll go pee in the toilet but he’s still doing stealth poops in his pants.  You know what I’m talking about.  I figured, since it’s summer and toasty warm, I’d just solve this by removing his pants during his normal window of opportunity.  I know he’ll go in the toilet rather than on the floor.  Except the other day I had to take my shower during that same window.  I debated putting his underpants back on but I talked myself into trying the time without his pants.  Maybe I would get out of the shower and be pleasantly surprised with a floater.  (What the hell has motherhood done to me?!)

Anyway.  As I got out of the shower I heard a whimper through the baby monitor, but no calls of “Mom, help”.  ??  Also unusually, Chance had not once run up to the bathroom to harass me as I was getting clean.  Suspecting something was amiss I threw on my bathrobe and went to his room.

Chance has this kick ass walk-in closet that holds a ton of his toys, where he often hangs out to play when he wants alone time (and to poop in his pants).   I found him on the floor of his closet, kind of contorted.  He started whimpering again and immediately put out his hand and said, “Go away, Mommy. Go away.”

“NOOOO!” he howled, but I picked him up and hauled him to the bathroom.

I plopped him on the toilet and Chance burst into tears.  “Chance, there’s no reason to get so upset. It’s not a big deal…” I started to say…

…and then I looked down.

He had a chip clip stuck to the end of his penis.

(For those of you not familiar with the term “chip clip”, it’s like a plastic clothespin that we use to hold closed a bag of chips.  Some of them can be quite the grippers.)

My poor son had (obviously) found a stray chip clip and eventually clipped it to the obvious place.  He was also obviously in a lot of pain and had no idea how to remedy his poor beloved penis.  Maybe he was even a little embarrassed, or sensed that the entire situation was just wrong, I don’t know.  All he knew for sure was he didn’t want anyone else touching it either.  Just in case.

Of course, I reached down there quick as a snake and unclipped his wanker before he could stop me.  (I do want grandchildren someday.)  Poor thing was all red and indented, but Chance wouldn’t let me examine it.  The most I could do was put a cold washcloth on it until it felt well enough for him to poke at it again. 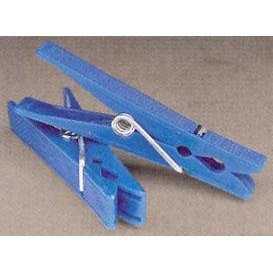 I can't help but laugh, poor Chance and his little wanker! I remember my brother running around playing his penis like it was a guitar or something and my mother yelling at him to get dressed already. And my son has done the zip up and toilet thing more than once. They just can't leave that thing alone!

OMG, I laughed and laughed so hard at this, until the chip clip! Then, in the midst of an audience with two sons, I gasped audibly, actually tearing away their attention on their game and to me. They've now been warned. Clips are for chips, not dicks.

(um, yeah, apologies for the 'd' word. Wang is perhaps my favorite up there!)

Someone left a comment on another blog one time about when her son had put strong magnets on either side of his penis, and they got stuck there. Boys are hilarious. Glad I don't have one. :)

Poor Chance! I'm sure this is just the first of many wang experiments. Still, I have to laugh. :-)

OMG - That was hysterical! Sorry, I know it really wasn't in the moment and all.

For his next birthay, Jade needs to have AJ make a penis cake with a chip clip. I know just where to put the candle ('cause I'm all funny like that...thank God, you have more than one Godmother for that boy, 'cause I'm all sick like that too!)

"And the Heavens farted, and laughed." Hilarious from the intro to the end.

And look what creativity you've inspired?! What tune would you sing for "Clips are for chips, not dicks."? Though I guess he'll learn the first time from this one!

It may be a bit too soon to for the clipped penis cake for his 4th birthday, but it would be thoroughly embarrassing on his 21st!

Lori - It's amazing how much they love them.

foradifferentkindofgirl - I gasped too, and I think my exact words were "OH MY GOD!" when I looked down. (No worries about using the word dick. I'm definitely not PG-13. Just wanker and wang and funnier to say.)

ktjrdn - Oh OW! Magnets! Ow ow. (How do boys think these things will be a good idea?!)

KC - I know you feel me because you have a son, too.

Godmother - You think you're bad? How bad is it when you know your son is in pain but you STILL blog about it? (I did feel bad for him though.)

Jade - I can definitely see "Clips are for chips, not dicks," sang in some off-Broadway number. 21st birthday is a great idea.

I notice that none of the menfolk have commented. I'd like to apologize for any traumatic sympathy pains I may have caused.

On another note, if anyone out there has humorous stories of little girls putting things on their boobs I'd love to hear them. (Because I honestly haven't heard of anything besides lifesavers.)

Oh my goodness! This had me laughing from beginning to end...while sneaking sorrowful glances at my poor baby boy. He's already so interested in the damn thing. God forbid if I try to put it away! No major accidents yet but I'm pretty sure they will come!